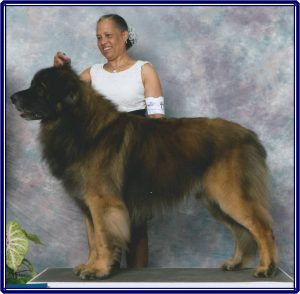 In choosing a name for Big Jake, I wanted to balance something symbolic of new beginnings with a connection to the foundations of both his past, through his sire and dam, as well as my own.

In 2012, I took my first ever non-family-centered vacation and went to Morocco, and through the wonderful teachings of our Berber guide learned of the fascinating struggle of the Berber indigenous people form that rich area. They have been overrun, conquered, beaten and suppressed, yet through each wave, they have found some way to evolve and maintain their own identity.

In a half-century of life, I have sought to serve and embrace those who need me, yet also maintain a sense of my own true self – the reason the Berber struggle resonated so much with me.  I have spent my life working as a Law Enforcement Officer (a LEO in our parlance) with all of its connotations of the Old West marshals and the Old West code of honor: stay true to yourself, stand up for those who can’t, remember that courage and strength are often found more in gentleness than fierceness and never compromise what you believe in.

So – here is what Jake’s name represents:

Jake was entered in his first show in January 2014 in Clemson, SC, taking Best of Winners and Best of Opposite against tough competition!  While taking points in most of his outings, some of the highlights of his show efforts have included:

Jake is a powerful, loving, inquisitive and confident companion, as quick to defend his home from frogs, bugs and those evil squeakies as he is to give a hug or kiss to everyone he meets!  He has a beautiful expressive head, a strong topline and nice angulations in his front, with a well-muscled rear and clean balanced movement.

Jake is a proven natural breeder and has produced multiple litters, including a natural-bred litter of 9 born just two weeks before his own 8th birthday that included his handsome son Kane, White Hall’s Fantasy Knight of Kahina!

He is available for stud in accordance with the guidelines of the Leonberger Club of America.